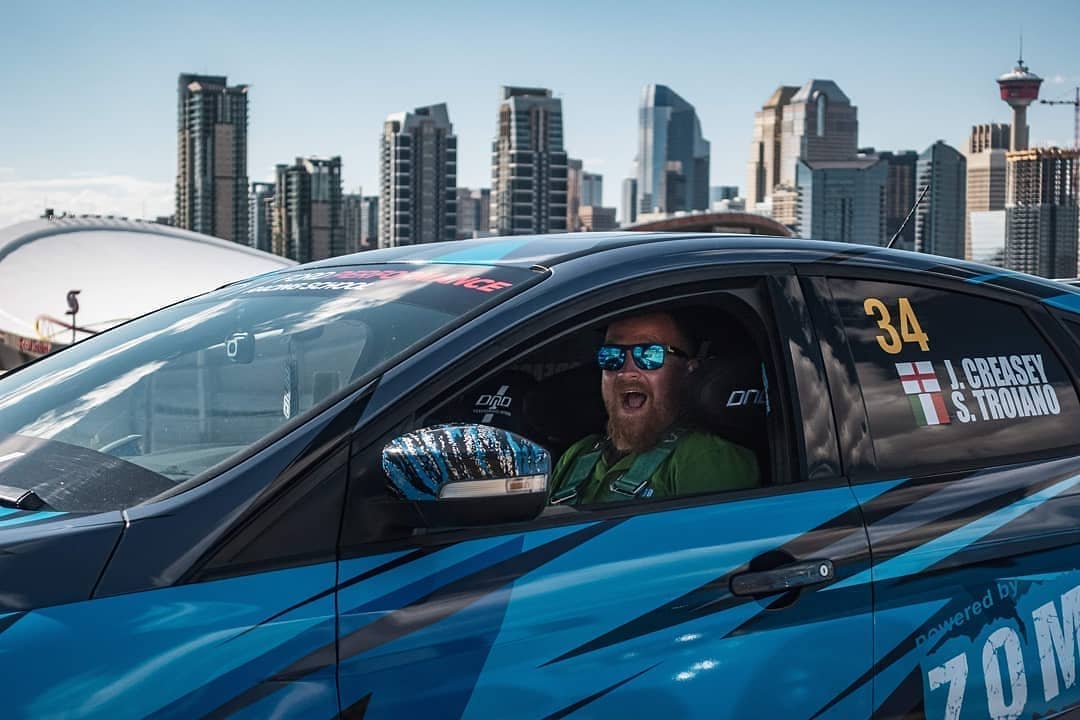 Let’s take a few minutes to recognize the tireless efforts of the 2019 Driven Tour Champion.

A bit of history on the Tour Championship. A few years ago, Driven announced they would be giving Tour Champion awards for the person/vehicle that attended the most shows (read that as registered & accepted), and the person who won the most Driven awards. This is a points based award, where you are awarded points for distance traveled to the shows, and points for awards won at each show. At the end of the show tour, the points are tallied and the winners are announced at the last show, which so far has always been the Saskatoon show.

2019 saw a lot of well-built vehicles, but I am only going to talk about one vehicle and one owner in this blog. The car is a stealth grey 2017 Ford Focus RS. The owner is James Creasey (@awol.james) …or just Creasey, as we call him. He picked up the car in July of 2017, and unbeknownst to anyone in his circle of [car] friends, he had actually ordered the car around four months earlier. According to Creasey, he “has a rager” for Euro hot hatches like the MK1 and MK2 Focus RS, and when he heard that Canada was getting the RS, it was 100% the car he wanted.

Soon after taking possession of the car, he began to customize and upgrade the RS to suit his liking. You may remember this car as having a wild blue, purple, and grey full vehicle wrap with “ZOMONGO” on the side, with the interior trim and steering wheel wrapped to match vehicle exterior. Creasey’s RS does definitely not go unnoticed, and it’s not just built for show…he actually drives this car to the limits. You can see below, the list of mod’s that makes this car the beast that it is.

As you can see from the shopping list above, almost all aspects of this car have been touched…a truly built car, and it shows by the outstanding number of awards sitting on Creasey’s shelf. He attended six Driven shows in 2019, hitting all the shows from Vancouver to Toronto….the only absence being Halifax. Looking at the Driven awards, his RS has received Best in Show Ford, Best in Class Ford, and Judges Choice (to name a few). James’ Focus RS also won the PASMAG Tuner Battlegrounds, announced after the Vancouver Driven Show. Lastly, after a long few days leading up to the Saskatoon show, he did make the trip and was announced as the Driven Tour Champion (distance). Also important to note, that JJ Dubec (@doczilla12) was announced as the award points champ.

Throughout 2019, the Driven shows weren’t the only ones that James attended with the RS, and was recognized at. He also won second place at Calgary World of Wheels (in two different categories), best exterior at Rides for Relief, Best in Show Ford & Best in Show Domestic at Midnight RevUp, Best in Show at Steeldreamz, and numerous other awards. Though, he does recall that the highlight of the season was at Driven Toronto, being the first person registered for the show (which for him, is all the way across the country), and seeing some absolutely amazing vehicles & meeting some fantastic people.

When I asked James what the future had in store for the RS, he said his future plans were unknown at the time. He is quite happy with the way last show season ended by winning the Driven Canada Tour, as it was his goal when the season started, and had come to fruition at the end. Creasey is truly an awesome guy, and we are all happy that he had an amazing time traveling across our great country & meeting some amazing enthusiasts along the way. Whatever plans he has next, we are sure they will surpass expectations.

Has been in the automotive scene for over 20 years, having built numerous award winning vehicles from a custom chopper to vintage JDM cars. He was once a Driven competitor and now is a Senior Judge with Driven. He has won the 2018 Driven Tour Championship, inaugural EMDA Unrivalled Rides, and countless trophies with his 1972 Skyline. Mike offers a unique insight into the judging at Driven